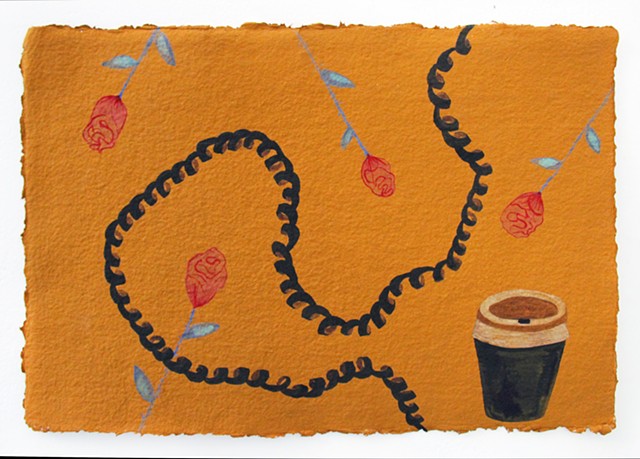 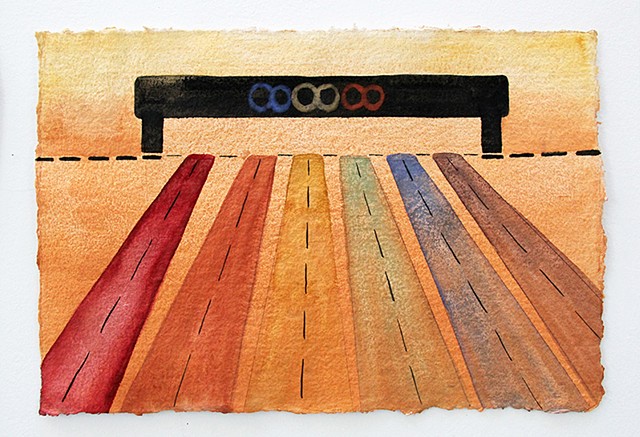 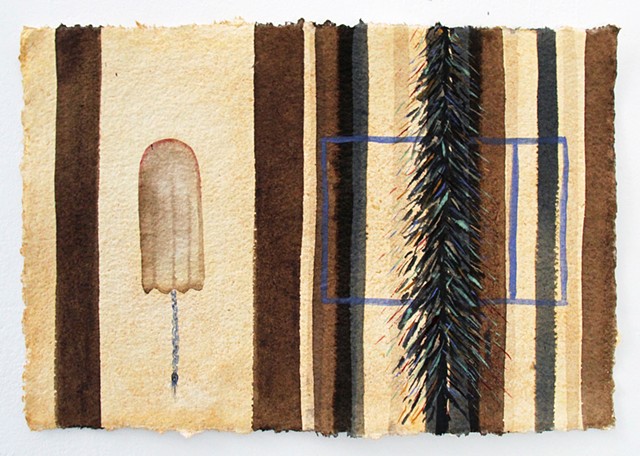 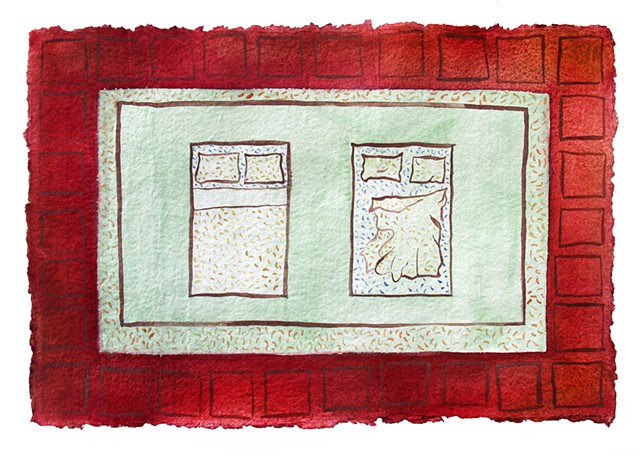 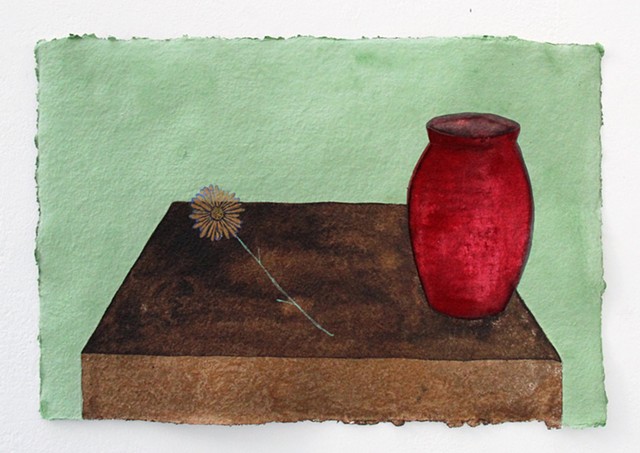 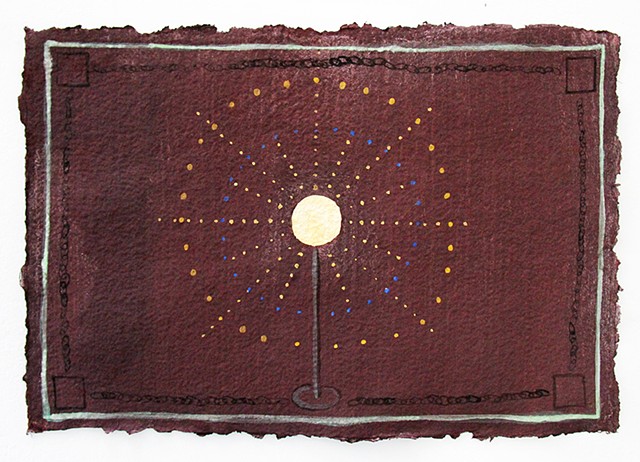 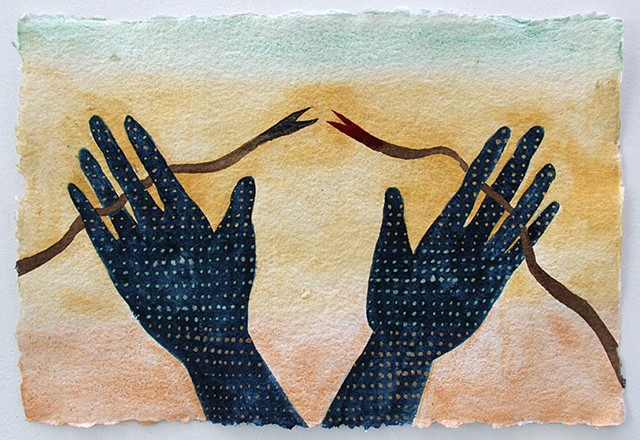 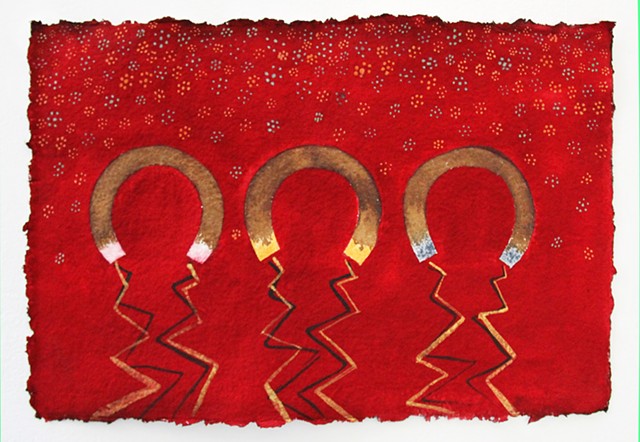 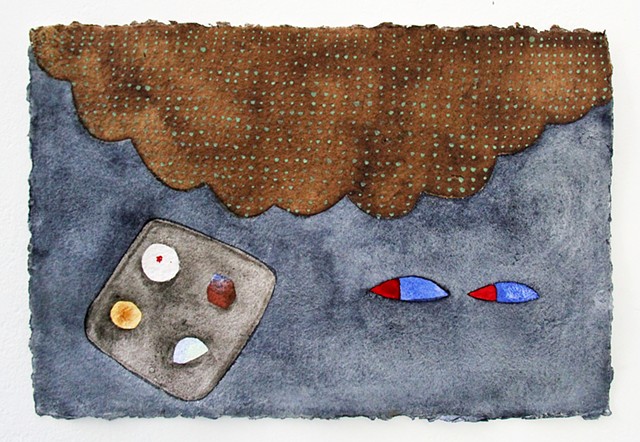 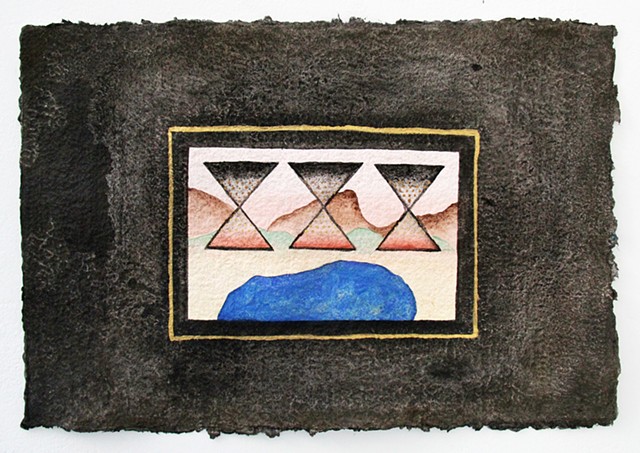 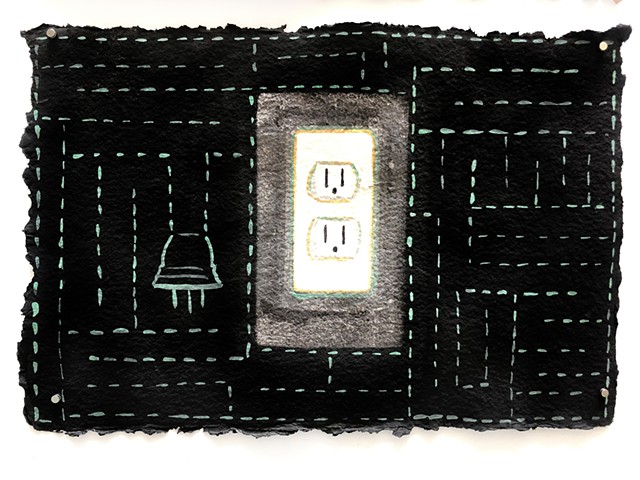 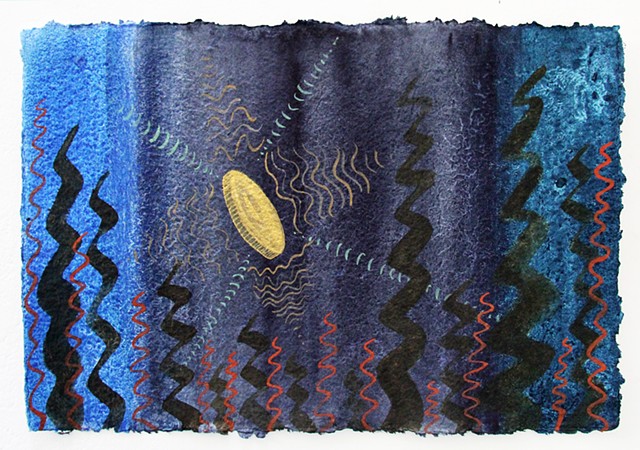 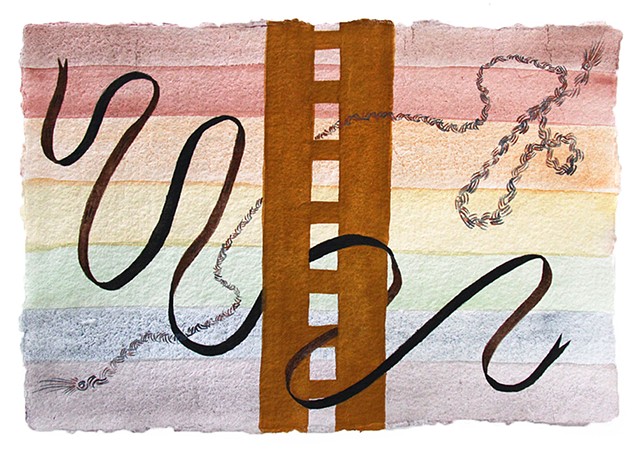 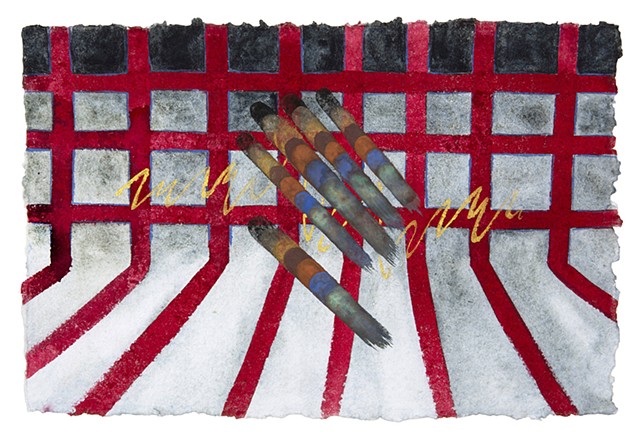 Never Meant to Be There
Natural pigment on handmade paper
12x18"

A "ghost light" is a light that is placed on a stage after a show ends and the theater is closed. There are multiple versions of why and how this superstition came about, but my favorite is that it is to appease the ghosts in the theater so that they can perform once everyone has left.

I have always loved the concept of simultaneous realities; ones that may exist in memory, personal association, dreams, fantasies, or maybe even the afterlife. I don’t know what I believe in spiritually, but the one thing I firmly believe in is energy. I believe that energy could have roots in superstition and ghost tales in the same sense that I believe in polar magnetic energy, in electricity, and in the nature of rocks, trees, and our ever shifting world. These paintings make note of these different forms of energy, from the image based representations to the materials themselves. "Julia Norton knows an incredible amount about dirt. Her paintings blend elements of her rich fantasy brain, her seemingly limitless knowledge of materials and their far-flung sources.

Julia Norton’s work feels as though some ancient scribe left premonitions for the future, but are not visions of catastrophic events or the second coming. The message held within is an exalted version of the daily grind or an unusual occurrence that is not easily explained by logical means. Her minor miracles riff on ghost stories and superstitions with a healthy respect for the occult. These gem-like paintings on paper reveal little about what the future holds, merely showing the little spells of daily life.

Energy is everything to Julia. Her watercolors have their own tuned vibrations, due in part to the wide variety of their origins. The pigments she uses -- indigo, ochre, cochineal, etc. have been used in the same way for centuries, mined from their natural sources and then combined with watercolor medium. Her pursuit of materials satisfies her wanderlust, rooting her work everywhere and nowhere. She hunts for ochre in the plains of Montana, or from the roots of plants pulled from the banks of New York’s East River, always seeking out obscure pigment shops as she travels around the world. All of this effort and care imbues her passages of color or marks with more energy and life than your average watercolor.

The pigments are alive, they oscillate, the mark-making is frenetic and sweeps the eye around her dainty deckled edge rectangles. Her paintings are full of enigmatic geometric forms and familiar symbols -- drumming up visions of old video games or board games, stage directions, infographics, maps, Vulcan landscapes." - Courtney Childress